What is the Transient Lunar Phenomenon? 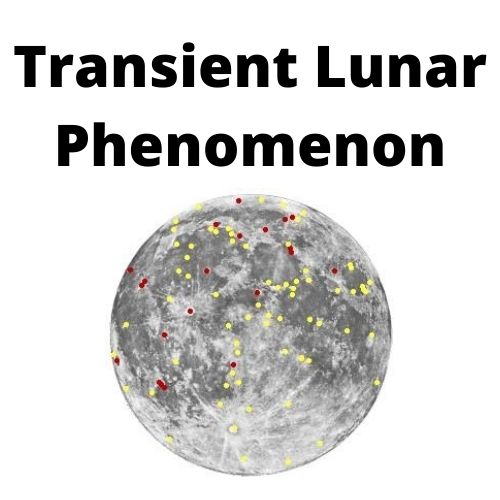 TLP or Transient lunar phenomena are described as short-lived changes in the brightness of patches on the Moon’s face. They can last from a few seconds to several hours and can sometimes grow from less than a few to several kilometers in size. Patrick Moore created the term in his co-authorship of NASA Technical Report R-277 Chronological Catalog of Reported Lunar Events, published in 1968.

Most cases of Transient lunar phenomena are described as increases in the overall glow of a spot on the Moon; however, sometimes observers report a decrease in a region’s brightness or even a change in color to red or violet.

The reports of Transient lunar phenomena have characterized them as “mists,” “clouds,” and “volcanoes,” among other exciting terms. Still, today, they are poorly understood; nevertheless.

Many people have reported seeing Transient Lunar Phenomena – unusual flashes and other lights on the Moon – for at least 1,000 years. Yet they’re still mysterious. Reports and records of Transient lunar phenomena vary from foggy patches to permanent changes in the lunar landscape.

Winifred Sawtell Cameron classifies these as gaseous, involving mists and other forms of obscuration, reddish colorations, green, blue, or violet colorations, brightenings, and darkening. Winifred worked at Goddard Space Flight Center in Maryland for most of her career and composed and organized the LTP or Lunar Transient Phenomena database. She was also involved in the Gemini and Apollo programs. Cameron was an astronomer.

Two extensive catalogs of transient lunar phenomena exist, with the most recent tallying 2,254 events going back to the 6th century. Of the most reliable of these events, at least one-third come from the Aristarchus plateau’s vicinity.

What are the lights on the Moon?

Despite flashing moonlights being recorded for decades, scientists remain as puzzled as ever about their origin. Theories vary from meteorites hitting the Moon to gasses being discharged from deep beneath the surface.

What causes flashes on the Moon?

One theory from Hakan Kayal, astronomer and professor at the Germany’s University of Würzburg believes that seismic activities are a cause of TLP’s. They can be observed on the Moon,” he suggests in a press release. “When the lunar surface moves, gases that reflect sunlight could escape from the interior of the Moon. This would explain the luminous phenomena, some of which last for hours.”

Thanks for reading this short article about the mysterious phenomenon called The transient lunar phenomenon. If you want more facts about our closest neighbor, head over to this article named; Moon Facts – Interesting & Strange Facts About The Moon.