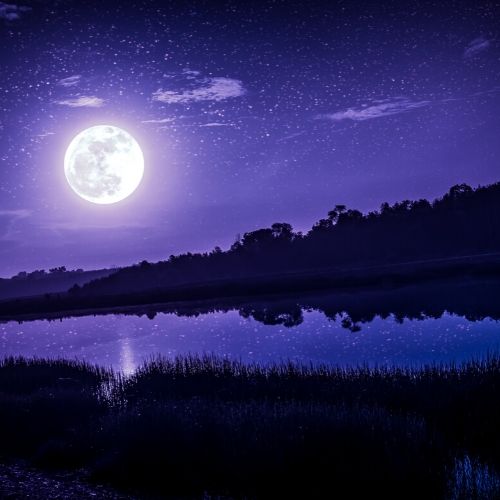 The year 2021 will see two Super Full Moons. They are: on April 26/27 and May 26. In April, the Full Moon, traditionally known as the Pink Moon, and the Full Moon in May are called the Flower Moon in many Northern Hemisphere cultures.

What is a Super Moon?

A supermoon, also called Full Moon or New Moon, happens when the Moon is within 90% of its closest approach to Earth. And according to the popular culture of earlier times, what we now call folklore or skylore of North America, we’ll also call this supermoon by the names Planting Moon, Flower Moon, or Milk Moon. And it’ll shine in front of the constellation “Libra the Scales”.

It will happen when the full Moon coincides with the Moon’s closest approach to Earth in its orbit. And Supermoons make the Moon appear a little brighter and closer to Earth than usual. Even though the difference is hard to spot with the naked eye.

The term “supermoon” has barely been used in the preceding 40 years. But it underwent a slew of attention in late 2016 when three supermoons happened in a row. The supermoon of November 2016 was also the nearest in 69 years, although a closer supermoon will occur in the 2030s.

Approximately once a year, when our Moon is at its most full and closest point relative to the Earth, it becomes the supermoon or Full Moon.

The Supermoons have always been blamed for everything from flooding to madness, but is it fair to find some blame with Earth’s closest cosmic satellite?

Below Is Some Bizarre Facts You May Not Have Heard About The Supermoon.

The Moon Will Not Make You Crazy

Have no fear: The full Moon or the supermoon will not turn you into an insane or a lunatic.

Researches have shown that a supermoon of any kind does not affect human actions. Full moons do not produce more mental hospital admissions, homicide, psychiatric disturbances, or other crimes.

Notwithstanding the claims of some people around the world, the supermoon will not consume the Earth.

The supermoon occurs when the moon is at perigee. And it is the point in its orbit that takes it closest to Earth and will then be in its fullest phase.

Because the moon is on an elliptical orbit, the supermoon is a regular event and will not cause the Earth’s orbit to go out of whack. NASA even states that.

Why is Winter Supermoons Supersized?

Does the full moon look more massive during the winter? It should. The Earth is nearest to the sun in December every year. It means that the star’s gravity attracts our moon closer to Earth. Because of this effect, the biggest supermoons happen during wintertime.

Are All Supermoons Identical?

The perigee between the moon and the Earth can vary by as much as the Earth’s diameter during any given month. And although that might seem like a large number, on average, the moon is about 30 Earth diameters away from the planet.

The sun’s gravity is responsible for pulling the Earth and moon into closer alignment, causing the orbital variation. The Supermoons Change the tides, but not very much.

What Are The Reasons Supermoons Will Get Smaller?

A full moon might be able to change the tides slightly, but experts have said it won’t cause natural disasters. The full moon causes higher tides, but combining a supermoon on top of it doesn’t generate any significant difference.

Experts count themselves lucky if they’re able to see any variation in tide level at all. Typically, the supermoon causes the tide to increase by less than an inch, if at all.

When Do Supermoons Occur?

Supermoon or a full moon happens nearly once a year and can be seen from both the Northern and Southern hemispheres. Just keep an eye to the sky and lookout for the next one heading toward Earth.

Editor’s note: If you take a fantastic photo of a supermoon (Full Moon), and you’d like to share it, please post your images and comments, including equipment used, in our Facebook group, Moon Crater Tycho.

Well, that’s it. I hope you enjoyed this short article.