Secrets To The Largest Crater On The Moon Revealed 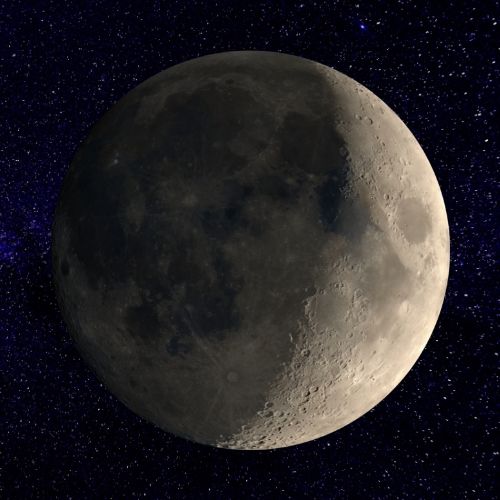 There is a mysterious mass beneath the most massive crater on the Moon. In this short article, we will reveal the secret behind this anomaly.

But where do we start? Well, buried under the largest and the oldest crater on the Moon, scientists have found an enormous mass of dense material. It is possibly the remains of a giant asteroid that produced the crater about four billion years ago.

They did it by connecting data from the GRAIL lunar orbiter mission and from the Lunar Reconnaissance Orbiter. They were looking at where regions of high gravity and mass overlap with surface features like craters.

And they discovered a giant mass weighing down the lunar floor of the South Pole-Aitken basin by around more than half a mile or 0.8 kilometers.

Imagine taking a huge pile of metal about five times larger than the Big Island of Hawaii and burying it underground. That’s roughly how much-unexpected mass they discovered.

It Must Have Been From a Giant Asteroid

Peter and his associates suggest that one likely answer for the underground material is that the remains of a giant asteroid smashed into the lunar surface soon after its formation. And it was causing the giant impact crater to be still noticeable today.

The South Pole-Aitken basin is the oldest crater on the lunar surface, but it is still covered with smaller, newer, impact scars, but still unquestionably visible.

The South Pole-Aitken basin is one of the largest and best-preserved craters in the whole solar system.

It’s Covering a Quarter of The Moon’s Surface

It is covering almost a quarter of the lunar surface. Also, the asteroid that made the impact would also have been tremendously huge, possibly 100 miles or 160 km across.

Peter’s research proposes that the iron and nickel that made up the entire asteroid could have stayed buried in the Moon’s middle layers, rather than settling into the denser core over the eons.

That would produce something like the colossal mass they can observe today, which lies below the same area it impacted and blasted apart so long ago. Peter’s team published their research on April 5 in the journal Geophysical Research Letters.

Alternatively, the huge mass might be a dense area caused by the Moon’s magma ocean solidifying as our Moon aged and cooled.

The Chinese are Exploring The South Pole-Aitken Basin

The Yutu-2 rover and the Chinese lander Chang’ e-4 are currently investigating the Von Karman crater within the South Pole-Aitken Basin.

There’s still much to learn about the complex and ancient geology of the area, which signifies a key event in the Moon’s violent history.

Well, that’s it. I hope you enjoyed this short article.