How To Get Water On The Moon 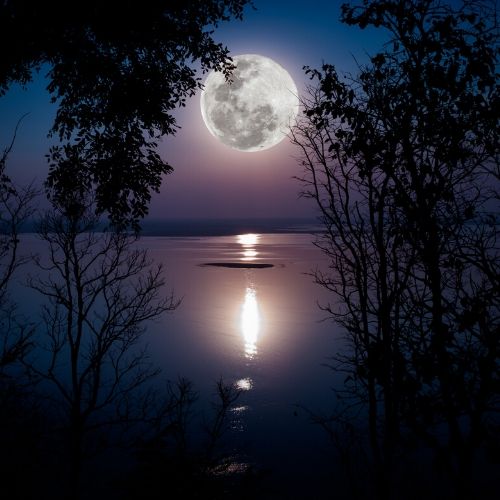 Scientists have wondered over the presence of water on the Moon, but now, they think they might know how the water got there. Find out in this interesting article. The answer will surprise you. Plus newly updated facts about water on the lunar surface.

Is There Water on The Moon?

A current study implies that solar wind and micrometeorites hitting the lunar surface react with minerals and lead to the formation of water.

Moon scientists from the University of Hawaii at Manoa reproduced this interaction in their lab, discovering that their proxy moon rocks formed “pits” saturated with water that burst open when the pressure inside became too great. And the newly created water sprayed out as a gas, resembling steam that is suddenly released from a pressure cooker.

On March 5, 1998, it was announced that data delivered by the Lunar Prospector spacecraft showed that lunar water ice might be present at both the north and south Moon poles, and in agreement with analyses of Clementine results for the south pole reported in November 1996.

SOFIA or NASA’s Stratospheric Observatory for Infrared Astronomy has now confirmed water on the Moon’s sunlit surface. This discovery means that water may be distributed across the Moon’s surface and not confined to cold, shadowed places.

SOFIA has discovered water molecules (H2O) in Clavius Crater, one of the largest craters visible from Earth, found in the Moon’s southern hemisphere. Previous investigations of the lunar surface detected some form of hydrogen but could not distinguish between water and hydroxyl (OH). But data from this location reveal water in concentrations of 100 to 412 parts per million – approximately equivalent to a 12-ounce bottle of water – trapped in a cubic meter of soil spread across the Moon’s surface. These new results are published in the latest issue of Nature Astronomy.

So, now we know it is there. This discovery challenges our understanding of the Moon’s surface and raises interesting questions about resources relevant for deep space exploration.

Please note that the Sahara desert has 100 times the amount of water than what SOFIA detected in the lunar soil. But despite the small amounts, the discovery raises new questions about how water is created and how it persists on the harsh, airless lunar surface.

Where is the Water on the Moon?

The ice first appeared to be mixed in with the Moon’s regolith. That is surface moonrocks, dust, and soil at low concentrations conservatively measured at 0.3 to 1 percent.

Succeeding data from the Lunar Prospector conducted over a more extended period has indicated the likely presence of confined, discrete, near-pure water ice deposits buried below as much as 18 inches or 40 centimeters of dry regolith. And with the water signature being stronger at the lunars north pole than at the south pole.

The lunar Ice Could Be Scattered Over Vast Distances

But the newest results show the Moon water may be more concentrated in limited areas about 1850 square km or about 650 square miles, at the north and the south poles, rather than being scattered out over these vast regions. And the measured total mass of Moon ice is 6 trillion kg or 6.6 billion tons. Questions in the models mean this estimation could be off quite considerably.

Moon Rock Brought Back by Apollo Astronauts Were Bone-Dry

Although Moon rocks brought to Earth by the Apollo astronauts were judged bone-dry, the experts have since found proof of Moon water all across the lunar surface. But the origin of the Moon water remained a mystery. And some thought it was delivered by a comet, while others suggested it may have blown out from old lunar volcanoes.

But lately, experts suggested that the solar wind (streams of charged particles emanating from the sun) might react with the oxygen carried in moon rocks and dust to generate water.

However, until now, lab tests examining this theory have come up dry. The studies required one key ingredient: an intense burst of heat like that caused by a micrometeorite impact.

A Beam of “Heavy Hydrogen” Ions

Scientists watched this chemical reaction unfold by putting a common stand-in for lunar material, the mineral olivine, in a tubular chamber used to re-create the low-pressure environment of the Moon. And through a port in the container, the researchers pounded the mineral with a beam of “heavy hydrogen” ions.

So, heavy hydrogen ions match the normal hydrogen ions seen in the solar wind, but every particle has an extra neutron connected to it, enabling the researchers to make sure their experiments weren’t tainted with water already in the lab.

Then the scientists shot the mineral with a laser to simulate a barrage of micrometeorites, quickly raising its temperature to over 1,000 kelvins or 700 degrees Celsius or over 1300 degrees Fahrenheit.

And after withstanding both laser fire and ion beams, the olivine scattered out detectable levels of “heavy water” that is water made with “heavy hydrogen.”

Furthermore, the material held tight to the ions until such time that an abrupt rush of heat allowed the reaction to continue. Imaging studies revealed that a layer of the sample had “become like an English muffin in composition, full of crannies and nooks and crannies, marking where the liquid had formed. Applied in isolation, neither the laser nor the ion beam could wrest water from the dry mineral.

The method consolidates physical and chemical methods that occur in the Moon’s environment, but they are very challenging to replicate in a laboratory setting, let alone to merge in a single experiment,” according to Mehdi Benna, a planetary expert at NASA Goddard Space Flight Center in Greenbelt, Maryland, who was not included in the study. And the results of this study confirm the long-held view that the synergy linking micrometeoroid impact and solar proton implementation provides an essential pathway for water synthesis in the lunar regolith.

A recent study from NASA concluded that water actually does spray from the Moon’s surface when it is struck by meteorite streams.

So this may offer fresh insight into what propels these puffs of water from the dusty Moon surface and whether comparable reactions take place on asteroids and other airless bodies throughout the solar system.

If you want to know more about our fascinating neighbor in space. Then head over to this interesting article: Super Moon 2020 – New Strange Facts Revealed.

Tags:How To Get Water On The MoonIs There Water (Ice) on The Moon?
This website uses cookies to improve your experience. We'll assume you accept this policy as long as you are using this websiteAcceptView Policy