How Did Tycho Crater Floor Emerge? 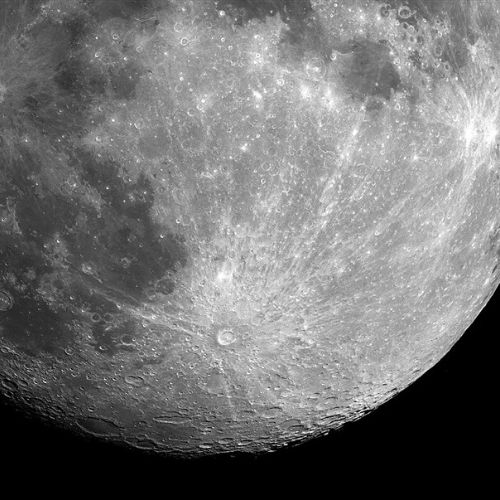 The Floor of Tycho Crater

Tycho Moon crater is one of the most notable craters on the lunar surface.  It emerges as a brilliant spot in the southern highlands among rays of bright rock that stretch across much of the nearside.

Its distinction is not owing to its size at 85 km in width. It’s just one amongst thousands of craters of this size or larger.

What Makes Tycho Crater Stand Out?

What actually makes Tycho crater stand out is its comparatively young age. The Tycho crater was created recently enough so that its brilliant rays, material ejected during the impact event, are still visible as luminous streaks.

All Moon craters start out looking like this after they were created. But their rays progressively fade away as they sit on the lunar surface, exposed to the space conditions which over time darkens them until they fade into the environment.

How old is Tycho?

Because the collision scattered material to such great lengths, it’s thought that some of the Moonrocks at the site of Apollo 17 landing position originated at the Tycho impact site.

These Moonrock samples are impact melt glass, and radiometric age dating determines that they formed around 108 million years ago.

So, if these lunar samples are truly from Tycho crater, then Tycho formed 108 million years ago as well.

This may nevertheless seem quite old, but related to the 3.9 billion-year age for many large Moon craters, Tycho is the youngest kid on the block.

Direct sampling lunar material from within the crater would assist us in learning more about not just when Tycho crater was formed, but the ages of terrains on other planets everywhere in the solar system.

Confirming The Age of Tycho Crater

The problem is, though, there aren’t that numerous places for which we’ve sampled the rocks. So, confirming the age of Tycho crater would really help date younger surfaces, which are not well examined.

Tycho crater is also of great scientific importance because it is so well maintained. It is an exceptional place to study the mechanics of how a lunar impact crater forms.

The Constellation site is on the lower ground of Tycho crater, quite near its central peak. And the peak is believed to be material that has bounced back up after being compressed in the lunar impact.

The Floor of Tycho Crater is Covered in Impact Melt

And though it’s a peak at present, it originated at a greater depth than any other portion of the lunar crater.

The LROC NAC images make it clear why this captivating crater was chosen as one of the Constellation sites.

That’s it, and I hope you enjoyed this short article. So, if you want to learn more about this fascinating crater, then go here and find out everything you need to know about Tycho crater. You will be amazed.