How and Does the Moon Affect Humans? 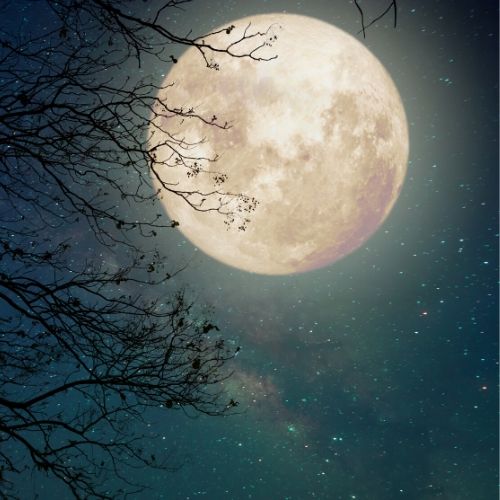 Do full moons really affect people? And how does a supermoon affect humans?

The full Moon or supermoon has been linked with strange or insane behavior, including sleepwalking, suicide, and violence.

Furthermore, people worldwide have worshipped it as an important goddess throughout the ages, believing it held real power to influence their lives and health.

Lunacy or lunatic stems from luna. It is the Latin word for the Moon. It is also believed that people were more likely to show erratic behavior during a full moon.

Yet, many people dismiss myths concerning the Moon’s influence, but real effects are being found through science.

How Does The Moon Affect Human Behavior?

The supermoon or the full Moon has been associated with strange or insane behavior, including suicide, sleepwalking, and violence. But, science is slowly showing moon myths hold some truth.

Furthermore, another study looked at data over five years from police records in Florida. It showed an increase in homicide and aggravated assault cases around full moons.

Also, another study from the year 1984 proposed that the rate of criminality was expected to rise on nights with a full moon. Its authors think this might be because of human tidal waves’ produced by the gravitational pull of the Moon.

Plus, a more recent study, published in 2009, suggested that psychiatric facilities admitted more people during the full Moon than usual.

Even a small study, which examined the records of 91 patients with violent and acute behavioral disturbance, found that about 23% of these admissions took place during the full Moon.

It was approximately double the number for other lunar phases, the researchers formulate in their study paper.

Still, other research has contradicted the idea that the full Moon makes people more likely to hurt themselves and others. A study published in the prestigious journal Psychiatry in 1998 found no significant relationship between any phases of the Moon and an increase in violent behavior.

Does The Lunar Cycle Affect Humans?

In nature, certain events happen regularly. The seasons have an annual cycle, and the Moon phases for 29.5 days, day and night, 24 hours. Also, the tides take around 12.4 hours. Even a menstrual period is about the same length as the moon cycle, roughly a 29.5-day cycle.

Many people still refer to menstrual cycles as the “moon cycles.” And many remain convinced that there is a form of synchronicity between the phases of the moon and female menses.

Remember, the Moon takes 27 days, 7 hours, and 43 minutes to perform one orbit around the Earth and 29.5 days for a complete moon phase cycle.

So, in the ’70s, ’80s, and ’90s, several small-scale studies proposed that females’ periods and ovulation phases matched with the “light” phase (in the leading to the full Moon) and the “dark” stage in the leading to a new Moon of the moon cycle.

Some of these researchers also found correlations between moon phases and changes in melatonin levels. It is a hormone that helps regulate sleep-wake cycles and the menstrual cycle phase.

How Does The Moon Affect People’s Moods?

Aristotle believed that the Moon was responsible for mental illness and epilepsy. And this was a general belief for many centuries, with people around 1700 thinking that the light from our Moon would leave people sleep-deprived, making them act oddly.

A full moon’s light might disturb people’s sleep, which could affect their mood. And it is especially true of bipolar patients. Their mood episodes are often precipitated by disrupted sleep or circadian rhythms and 24-hour oscillations in our biology and behavior. It can become disrupted due to taking a long-haul flight or shift work. There’s also evidence that sleep deprivation can be used to lift bipolar patients out of their depression.

And, supporting the idea that the Moon might somehow be affecting patients’ sleep, scientists have found that as the days proceed, their wake time moves steadily later. In contrast, their sleep time remains the same, suggesting that the amount of time they sleep for gets longer until it abruptly shortens. This is the so-called phase jump and is often related to the onset of mania.

How Does The Moon Affect The Human Body?

One belief is that this triggers subtle fluctuations in the Earth’s magnetic field, some of which might be sensitive.

The oceans are electrically conducting, and it is because they’re composed of salty water that they flow around with the tides that have a magnetic field connected with them. However, the effect is tiny, and whether the Moon’s impact on the Earth’s magnetic field is powerful enough to induce biological changes is unclear.

So, some scientists have concluded that it’s down to the light. But even this is often opposed given how much light pollution we already deal with within the present world.

Others put it down to the gravitational pull and magnetic fields. Remember that the Moon controls the tides, and we’re mostly made of water, but again there’s no evidence to prove this.

How Does The Moon Affects Earth?

The Moon affects Earth in several ways. The first is through the provision of moonlight, with a full Moon or a supermoon going around every 29.5 days and a new Moon the following 14.8 days after that.

Also, the Moon’s gravitational pull produces the world’s ocean’s tides that rise and fall every 12.4 hours. And the height of those tides also follows roughly 2-week cycles, the 14.8 days’ so-called spring-neap cycle. This is driven by the combined gravitationally pull of the Sun and the Moon, and the 13.7-day declination cycle, which is induced by the Moon’s location relative to Earth’s equator.

How does the full Moon affect cats and dogs?

Learn more about our journey to the Moon.

This fascination with the Moon is ongoing. This year, we celebrated the 53rd anniversary of Apollo 11’s moon landing, and NASA is making plans to send another human crew to the Moon in 2024. So, please head over to Apollo11space.com for more fascinating facts about Apollo 11 and the Apollo program.

Well, that’s it. Thanks for reading. If you want more interesting facts about our Moon, then read this compelling article: 11 Things You Didn’t Know About the Moon.