Examining Tycho Crater At The Southwest Quadrant Of The Moon 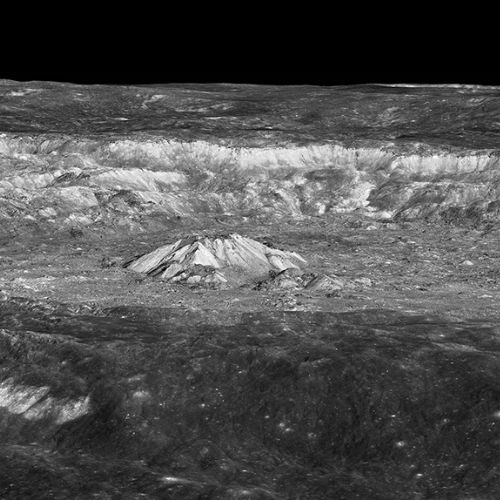 Sun-drenched and free of a shadow, a full moon nevertheless tells a compelling story of color, rock, and time.

Aluminum-rich rocks in the bright lunar highlands oppose the dark basalts of the maria, flat plains that formed from aged lava flows that quickly cooled.

And near the bottom of the lunar disk, the grandeur of Tycho Crater is bordered by bright white rays that chalk the moon in a spoked wheel pattern. Note this “young” crater is only 108 million years old.

Tycho crater, located at the center of the Moon’s brightest and most comprehensive and extensive system of rays, is the most apparent lunar crater noticeable on the lunar surface. It is, therefore, as good a place as any to start examining the Moon’s southwest quadrant.

We can define the walls as consisting of a set of straight sections, and yes, this is how they appear, though overall, the lunar crater outline is pretty round.

The differential falling of the debris likely produced Tycho’s segments blasted free from the Tycho crater’s center at impact after it gathered up to make the inner walls of the lunar crater.

The Inside Walls of Tycho Are Amazingly Complex

Landslips happened at different times and places around the crater walls, and not in a perfectly smooth circular pattern.

So take your time to fully explore the structure of the inside walls of Tycho, which are amazingly complex.

And you should, of course, do this at low Sun angles. When the Sun is anywhere close to being overhead of Tycho, the crater and its rays shine with such a blinding light that almost all detail is lost.

The Tycho’s terracing is very extensive, covering almost half of the floor, and very uneven. So, instead of perfect concentric circles, the ledges and landslips inside the Tycho crater are very much broken up into a set of arcs, wriggles, and short straight sections that are almost nowhere continuous to any great degree.

Tycho Crater is Noted For its Double Central Mountain Peak

And look for changes in altitude here, and also the contrast between some ridges which are rounded, and others which are sharp and uneroded-looking.

Furthermore, the Tycho crater is noted for its double central mountain peaks. They are not actually perfect twins, as one is larger and, at 1500 m or 5000 ft, higher than the other, and the smaller peak is capped by a striking craterlet.

So there are really no other mountains, craterlets or rilles worth mentioning on Tycho crater’s floor, just dispersed rubble piles.

And the terrain around the outside of Tycho crater is a different story, however, with countless craters of all sizes, and many of them in chains, pocking the landscape.

One especially interesting crater chain southwest of the main crater is made up of at least seven separate craters with overlying rims, all in a row. And the craters at each end of this configuration are by far the biggest, giving the chain the appearance of a dumbbell.

So, the various craters surrounding Tycho crater have two features in common, most are rather shallow, though they are not overrun with lava and do not have broken or disturbed walls, and most lack central peaks.

And as mentioned before, the ray system of Tycho crater makes this walled plain famous. You can find over one hundred rays emanating from this formation.

It is no wonder that at full Moon, the rays from Tycho crater overwhelm numerous nearby formations, including the walled plain Maginus, making the nineteenth-century German selenographer Johann Madler, 1794-1874, to exclaim “the full moon knows no Maginus.”

The most notable of Tycho crater’s bright rays streak northeasterly and across Mare Serenitatis, where it contrasts with the rather dark lavas.

And you can’t really miss this ray, which intersects the crater Bessel, or the long rays that reach all the way to Bullialdus (northwest) and Fracastorius (far east). Another bright ray extends to the southwest toward Scheiner.

So, as with several ray systems, the rays of Tycho crater do not extend up to the very rim of their parent crater, but they are divided from it by a dark “collar” of basalts. And inside this dark hoop is a bright ejecta blanket, and then the crater’s rims themselves.

The Dark Collar of Tycho Crater

Furthermore, there are at least three different theories to explain the dark collar of Tycho crater and other craters like it.

And the first theory is that the collar is a contrast effect, like a region that is much darker than the huge amounts of bright ejecta immediately surrounding the Tycho crater’s rim and the bright highland terrain that lies at a greater radius from the Tycho crater’s edge.

The second theory is that Tycho crater is located atop another, older impact site, the dark collar giving away this older impact basin’s location.

And a third theory is that the Tycho crater impact itself brought the dark material to the surface from deep within the Moon’s crust.

At any rate, the dark collar of Tycho crater shows just how much we have yet to learn about the Moon and its geologic history.

And like all rays on the Moon, the rays of Tycho crater are mere surface markings, for they cast no shadows even at very low Sun angles. And so have no appreciable height whatsoever. They are just scourings of the surface by debris emitted from the central crater at the impact of whatever body – comet or asteroid – made that crater in the first place.

If you are interested in how lunar rays get its shape and forms, then check out this article; How Does Crater Rays Get Their Form and Shape?

It explains the secret behind ray formations in an easy way, also including a video showing exactly how it is formed.

And why this should be is a true mystery. Lastly, see how far you can track each ray. You will find that they cross all kinds of landforms with equal ease, showing that they consist of material that was deposited on the lunar surface and are not the consequence of some internal geologic process that brought them to the Moon’s surface.

Although their intensity may change along their individual lengths, the rays are normally fairly continuous along those lengths. And also notice that some rays are much longer than others.

The ray system of Tycho crater, as well as the fact that its features are very sharp and well defined, show that it is a relatively young, freshly formed crater. And this hypothesis may have been confirmed by samples brought back by Apollo 17.

That’s it, and thanks for reading this article. If you want to know more about this fantastic crater, then head over to my article: Moon Crater Tycho. And there you will find everything you need to know about Tycho crater.